This is the first devlog for the new project codenamed P2D I'm working on. It's still a prototype more than a game and I'm yet trying to find the correct mechanics for the gameplay experience I'm looking for.

I removed all my gamedev progress and started from zero.

Scroll down to see some screenshots and GIFs!

This project has some past. Here is some old stuff I did time ago before sticking to something simpler:

I get to implement those tiles and the main character and some animations but the thing is that I last too much in finishing this assets and the feeling were of doing slow progress. So I decided to dump all the progress I did and start clean with a simpler idea and very basic mechanics.

I did a character concept with a small pixel ratio and a few animations, which let me spend less but enough time doing art:

And then I create a small level concept animated by hand:

With this assets I could make a very very simple game, but was enough for me to keep with the project without losing enthusiasm. What I also did was spamming my friends and teammates with my progress in the game, this helped me a lot since any bit of attention were a pretty good point to continue with the project.

Also at the same time Unity released the 2D Game Kit to help people without code knowledge start developing 2D games. Guess what? I have a small experience with Unity3D and C# programming but I took advantage of this and used some of their scripts to have some things working without losing too much time thinking, like the respawn logic or the scene controller.

I defined in a flowchart the core mechanics of the game (movement, jump, camera follow, health, damage and dead) with small descriptions of what I want this mechanics to be like. I also spend some time defining some game history like how the world is, what is going on or some superadvanced mechanics, just for fun and to see a bit of the big picture and not get bored with simpler stuff.

With my core mechanics defined I started developing the game with some of the core mechanics. I've end up having a small prototype where you can move around with this character (name to be defined) jumping over a bunch of platforms made from the same tileset, testing how the game feels and gathering as much feedback as I can from the people that played it.

Once I had the health, damage and dead mechanics I implemented fall damage. If you fall from a great height you'll die:

Then I implemented level transitions to load new areas:

And finally a small Start Menu to have something that feels more like a game: 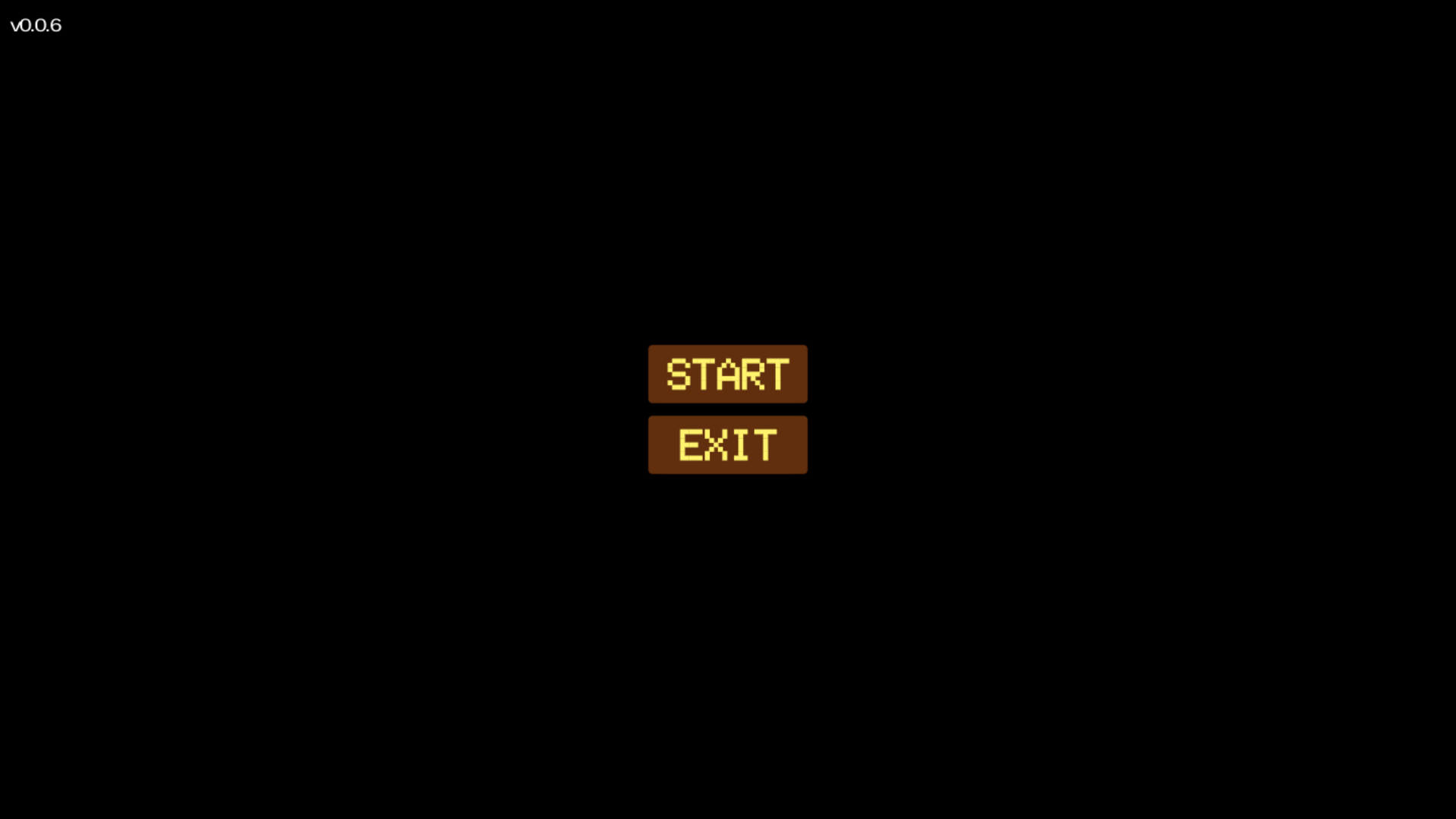