The main character we're using right now is not ours. It has been designed by Asthree Works as an early stage of one of the guards for their awesome game Paradise Lost. 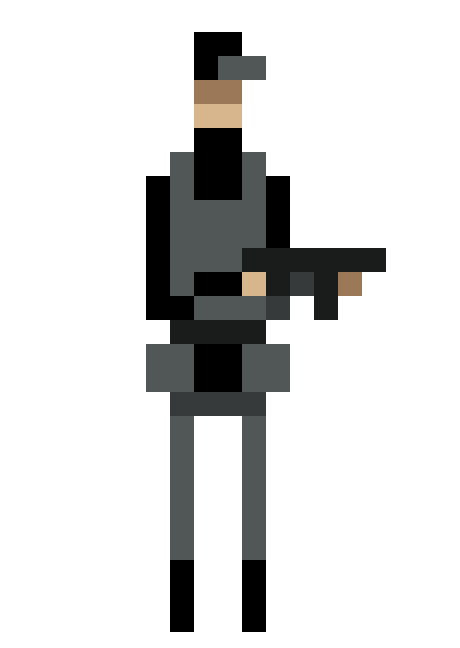 We copied it to use it as a placeholder while we decided who our main character was going to be. We already know, but it's a surprise :)

To keep things clear, we contacted the guys at Asthree and asked them if they where ok with this. They where very cool about it and let us keep the images in this site while we define our own character.

Maybe you continue to see more animations or images in which this character appears, but he will be replaced shortly.

To thank the guys at Asthree, go and pre-order Paradise Lost at their store. You won't regret.